The Marshall Islands are a group of atolls and reefs in the Pacific Ocean, about half-way between Hawaii and Australia. After almost four decades under US administration the Marshall Islands attained independence in 1986. Compensation claims continue as a result of US nuclear testing on some of the atolls between 1947 and 1962.


The Marshall Islands have been home to the US Army Post Kwajalein since 1964. A number of islands are off-limits to tourism (and even to locals) due to US military presence or the residue of nuclear testing.

On the Way to Nauru

Staying in Majuro Until the 2. December 2018 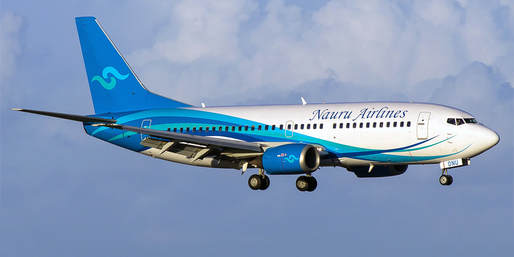 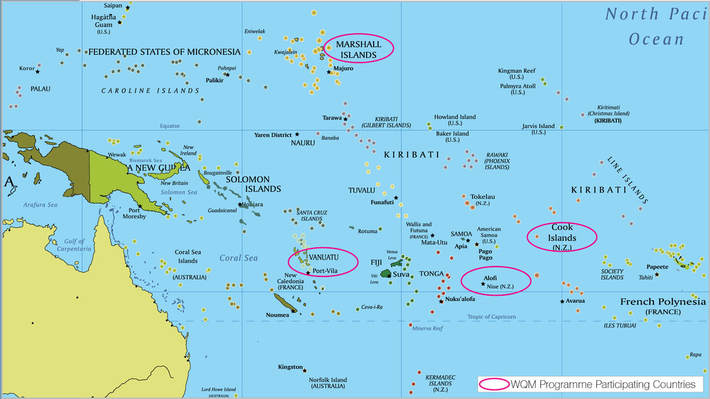 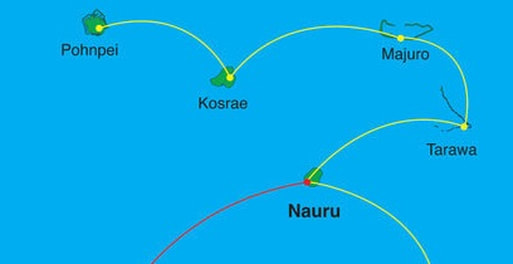 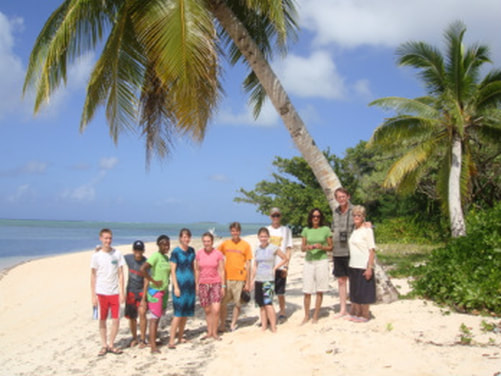 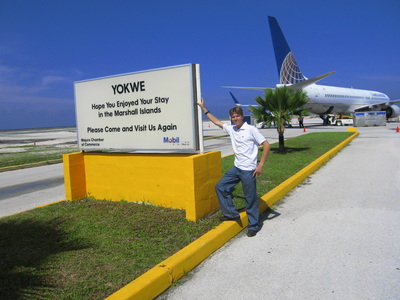 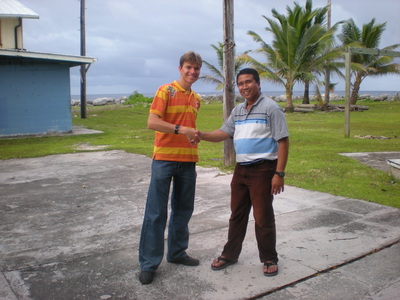 My Host Allan in the Marshall Islands 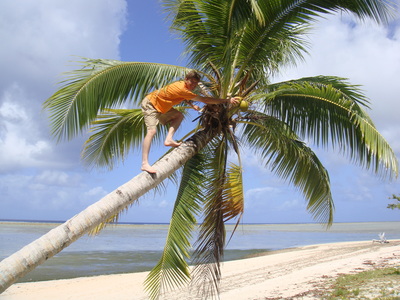 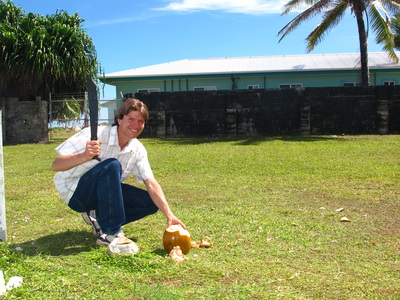 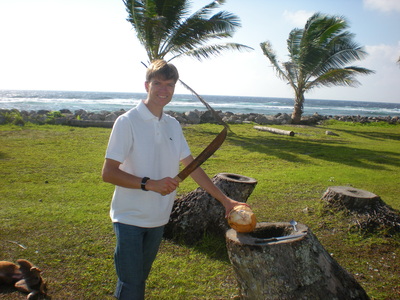 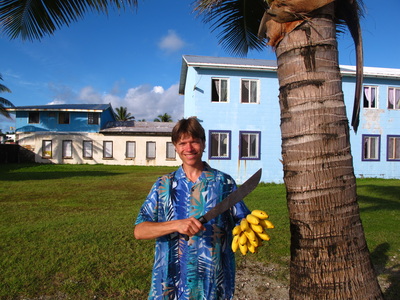 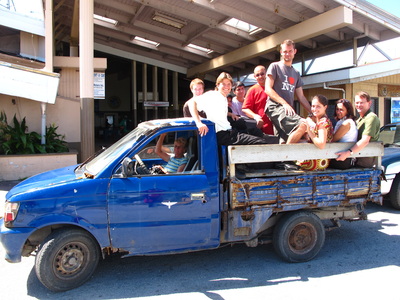 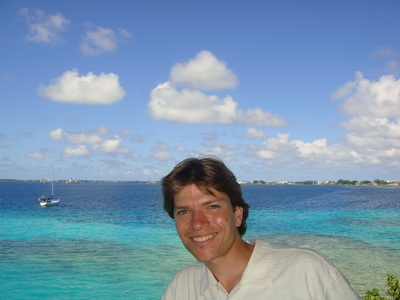 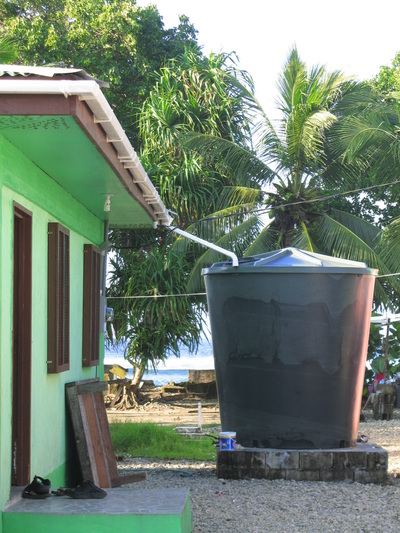 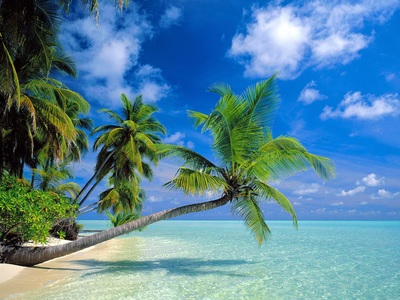 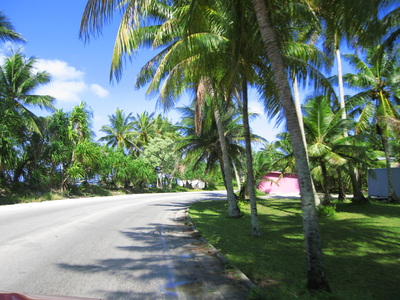 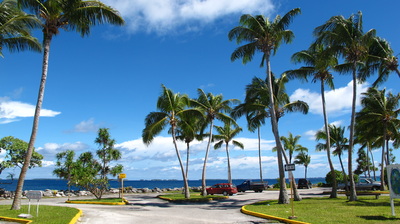 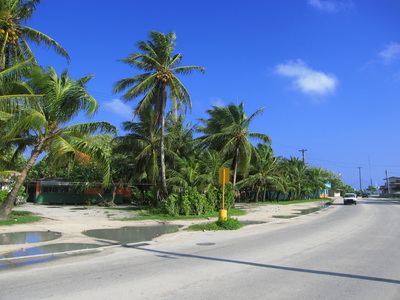 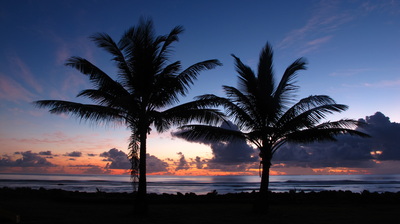 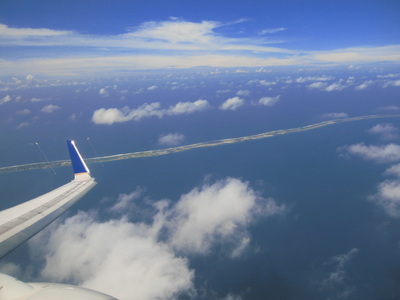 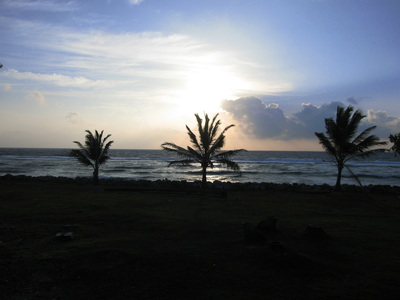 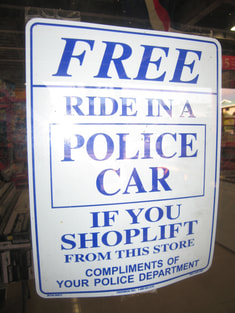 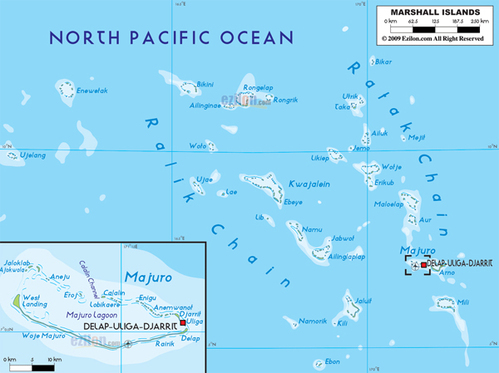 It was not too far from the Capital... 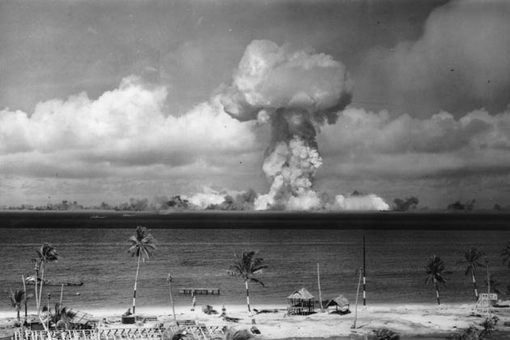 Bikini Atoll (pronounced /ˈbɪk.ɨˌniː/ or /bɨˈkiː.ni/; Marshallese: Pikinni,[pʲi͡ɯɡɯ͡inʲːii̯], meaning coconut place)[2] is an atoll in the Marshall Islands. The atoll consists of 23 islands totaling 3.4 square miles (8.8 km2) surrounding a deep 229.4-square-mile (594.1 km2) central lagoon at the northern end of the Ralik Chain(approximately 87 kilometres (54 mi) northwest of Ailinginae Atoll and 850 kilometres (530 mi) northwest of Majuro). Within Bikini Atoll, Bikini, Eneu, Nam and Enidrik islands comprise just over 70% of the land area. Bikini and Eneu are the only islands of the atoll that hosted a permanent population. Bikini Island is the northeastern most and largest islet. Before World War II the atoll was known by itsBaltic German name as Escholtz Atoll.[3]

Between 1946 and 1958, 23 nuclear weapons devices were detonated at seven test sites located either on the reef, on the sea, in the air or underwater[4] by the United States at Bikini Atoll with a combined fission yield of 42.2 Mt. The testing began with the Operation Crossroads series in July 1946. Prior to nuclear testing, the residents initially accepted resettlement voluntarily to Rongerik Atoll, believing they would be able to return home within a short time. Rongerik Atoll could not produce enough food and the islanders experienced starvation. When they could not return home they were relocated to Kwajalein Atoll for six months before choosing to live on Kili Island, a small island one-sixth the size of their home island. Some were able to return to the Bikini Island in 1970 until further testing revealed dangerous levels of strontium-90. The islanders have been the beneficiary of several trust funds created by the United States government which as of 2013 covered medical treatment and other costs and paid about $550 annually to each individual.

In 1998, the Bikini Council authorized diving operations as a means to generate income for Bikini islanders currently and upon their eventual return. The tours, limited to less than a dozen experienced divers a week, cost more than USD$5000 and include detailed histories of the nuclear tests. The dive operations were managed from a shore-based facility until operations were suspended in 2008 when the Marshall Island airline ceased service due to unresolved mechanical issues. They have since been resumed from a live-aboard ship. While the island may be habitable in the near term, virtually all of the islanders alive today have never lived there. As of 2013, about 4880 Bikini people live on Kili and other Marshall Islands, and some have emigrated to the United States. Bikini Island is currently visited by a few scientists and inhabited by 4-6 caretakers.[1]

Because the Bikini Atoll bears direct tangible evidence of the nuclear tests conducted there, UNESCO named it a World Heritage Site. The atoll and island gained world-wide attention as a result of the nuclear testing. They gained additional fame when they were the source for naming a new swimsuit design, thebikini, that has become popular in Western cultures around the world.