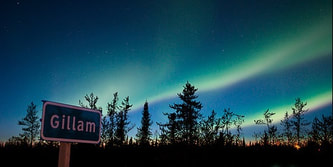 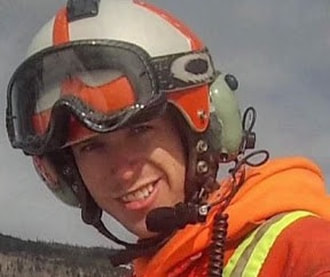 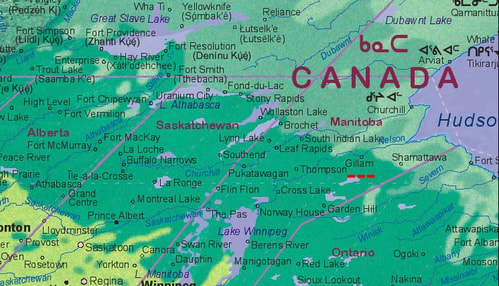 This occurred when shaking the bottle after being left inside the pod trailer overnight.
The science behind this has to do with how water changes from liquid to solid.
Below 0°C (32°F), water will start to crystallize into ice.

But this crystallization process requires a home base - a nucleus that water molecules can arrange themselves on. If the water is pure enough, crystallization won't happen. Liquid water that is below freezing is said to be "supercooled."

The snap freeze happens when this delicate, supercooled state is disturbed. The shake likely dislodges a minuscule piece of frost from the inside of the bottle lid, providing that missing nucleation site. The ice crystals then grow on one another in a matter of seconds.

Water has the ability to be supercooled down to as low as negative -42°C (-43.6 °F) according to the University of Illinois Physics Van outreach program.
​
On the contrary, pure water such as distilled water can become superheated when its temperature goes above 212 °F (100°C) without transitioning to a gaseous state.

The bubbles that start the boiling process have nothing to cling to. Instead of turning to ice when moved, superheated water can lead to an explosion. This happens with containers that are smooth enough not to provide nucleation sites. 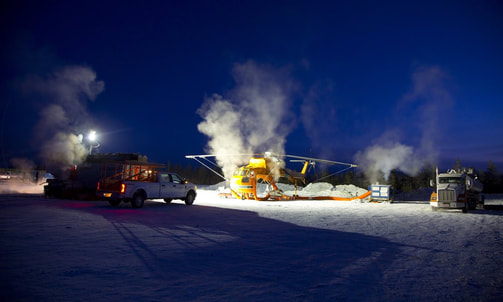 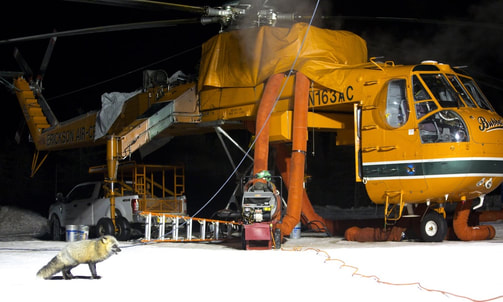 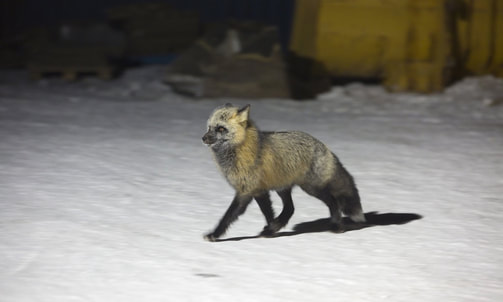 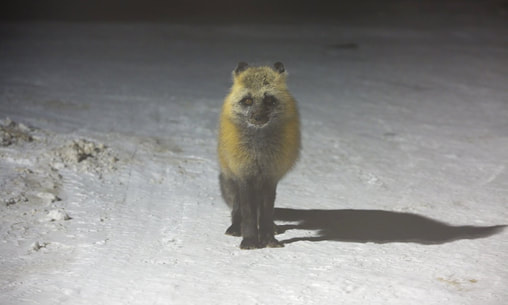 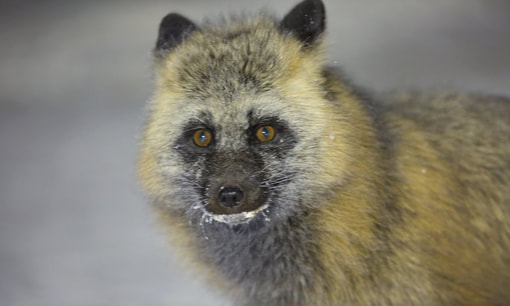 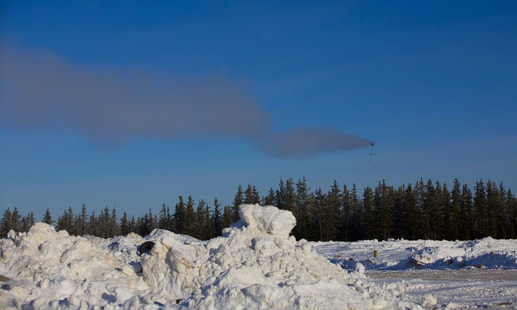 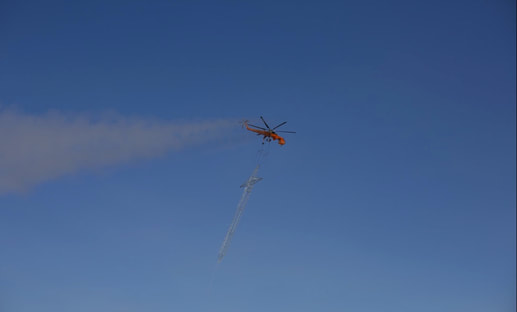 Working in such a cold climate in Northern Manitoba with -30°F (-34.4°C) conditions have brought to our attention the phenomena that takes place with certain atmospheric conditions,
mechanical anomalies, and nearby wild life.

One phenomenon is the wing tip vortices created on the tips of the main rotor blades of the S-64F Air-Crane. These helicopter rotor vortices form during extreme cold conditions. The warm exhaust gases from each 4,800 hp Pratt & Whitney JFTD12-5A turboshaft engine condenses water vapor into tiny water droplets which freeze if the temperature is low enough.

This is the exact same principle that occurs with airliners flying at high altitudes; usually above 8,000 m (26,000 ft), where the air temperature is below −36.5 °C (−34 °F). In our situation here in Northern Manitoba in mid January, they form closer to the ground where the air is cold and moist. Depending on the dew point and temperature spread, cloud conditions will form when the difference is less than 2.5 °C or 4 °F.

The other phenomenon is throwing hot boiling water in the air. The leading explanation for this strange phenomenon is straightforward. Hot water evaporates more than cold water. As boiling water cools down, a small amount of its mass is turning to steam and floating away.

Hot water freezes faster than cold water simply because less of it has to turn into ice.
In any case, these are not the most ideal working conditions,
but as long as the grounds are frozen in Northern Manitoba, the easier it is for ground crew to access the permafrost layers that the Bipole III Transmission Line is being laid on.

As for the mechanics and pilots of the S-64F Air-Crane, it will be essential in keeping the hydro-mechanical fuel controls on the engines, electronics, and certain components pre-heated for each flight.

As the world prepared for the New Years, it was -17°F (-27°C) snowing overcast in Winnipeg, Manitoba with a heavy maintenance task for a timed out main gear box with N163AC. Unfortunately, no hangar space was available within a 300nm radius of Winnipeg two weeks prior due to the large dimensions of an 88’x 19’ Skycrane.

There was an opening for maintenance before the start of the New Year as the S-64F Air-Crane would need to be ready to continue work on the Bipole III Powerline Project. The timing of this couldn't have been at a colder period of the year. The Environment of Canada issued a slew of extreme cold weather alerts on Thursday, December 28th as the maintenance crew began preparing the main gear box on the apron at Winnipeg's James Armstrong Richardson International Airport.

The earliest a hangar position would be available would be on the 30th. The next two day forecasts were calling for daily highs in the -20 to -30 degrees Celsius range and with wind chill factors to reach -40°C. By comparison to an afternoon on Mars at -23°C or the current temperature of Antarctica of -16°C, it was colder in ‘Winterpeg’. Interesting to note, NASA’s Curiosity rover recorded a minimum air temperature of -80°C on Thursday; not too far off from the rotor wash wind chill factor from the S-64 Air-Crane.

Amongst accomplishments, there were challenges. Our two Frost Fighter Herman Nelson heaters stopped working. There was no time or option to resolve the issue with a scheduled boom truck arriving. A systematic plan was in place. It was a matter of having everything ready for the removal of the rotorhead assembly, placement of the swashplate & main servo units, and reinstallation of the new main gear box/rotor head assemblies. Some more cold weather setbacks occurred.

One, being the main gearbox output shaft froze to the rubber padding of the shipping can and the second being difficulty removing the lower pitch control bolts. The tight tolerances and the contraction of metal required us to use a heat gun to remove each bolt. The cold weather dangers working around the Air-Crane in these conditions were far too great to ignore. At times small item tasks were not possible to perform without the proper hand insulation or it would make for excruciating bare fingers.

According to a NOAA chart, fingers are susceptible to frost bite between 10-30 minutes depending on temperature and wind chill. As we breathed, the humidity exhaled frost to our facemasks. It was almost unavoidable to take a gasp of cold air without feeling a burning sensation in the lungs. As we tended to our tasks, each blink of an eye was interrupted by the freezing of each eye lash from the moisture present. As we hand packed grease on the inside diameter pocket of the spherical bearing of the swashplate, the back side of the hands burned from the wind chill through the industrial nitrile gloves.

As we wiped the excess grease with a rag, the grease began to crumble and turn into dusty paste; something that we have never seen before. Other strange cold weather anomalies occurred: - Ink Pens don’t write. - Bubba’s outboard right hand tire breaks a seal against the wheel rim while taxing into the hangar from -31°C (-24°F).

The rubber was cold enough to “dry” pulling away from the rim losing all tire pressure. -Go Pro Hero 6 fully charged battery lasts only 11 minutes 13 seconds (normal 75 minutes) out in -25°C temperatures. With maintenance days like this, lunch time almost escaped us with our focus on the tasks. As darkness arrived, a small headache of dehydration formed and the feelings of each finger tip coming back with an aggravated tingling.

The next day, one of our crew members assessed his knee to rediscover second stage frost bite. It was a frost bite injury from a year ago. Each day, the cold Siberian air continued to feel as a constant slap in the face. Each night felt as if a hot shower would never want to end.

The winter has only begun and there will only be further challenges, adventures, and stories to share, but summer is just around the corner. If it wasn’t for the work experience, great team of crew and the joy of photography and filming in these locations, what other reason would we be here?

What other place to be in the world to explore than to be in a Canadian province of Manitoba for several weeks of the year and be near the largest wild polar bear concentrations in the world 10 hours north near the small town of Churchhill? It has been a busy one, but I want to wish everyone a Happy New Year! Bryan Source: https://www.ctvnews.ca/canada/parts-o...