Cameroon is Africa's throbbing heart, a crazed, sultry mosaic of active volcanoes,
white-sand beaches, thick rainforest and magnificent parched landscapes
broken up by the bizarre rock formations of the Sahel.

With both Francophone and Anglophone regions,
not to mention some 250 local languages, the country is a
vast ethnic and linguistic jigsaw, yet one that, in contrast to so
many of its neighbours, enjoys a great deal of stability.

With reasonable road infrastructure, travel is a lot easier here than in many parts of Africa.
Still, you'll miss none of those indicators that you're in the middle of this fascinating continent:

everyone seems to be carrying something on their heads,
​
makossa music sets the rhythm, the street smells like roasting plantains
and African bliss is just a piece of grilled fish and a sweating beer away. 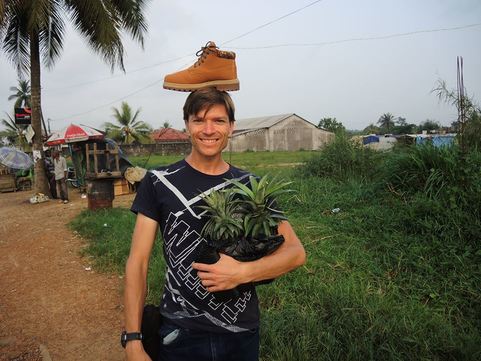 My phone charges really slow.  It takes 4 hours to charge. And it drains really fast. It doesn't even last all day. I don't know wha's wrong.  I got to Yaoundé airport and saw Paul Biya, the president of Cameroon, in his hummer return from a meeting in Ivory Coast.

The road was closed and I had to wait 30 mins beside the road in someone's yard until he passed by.

I'm now going to brussels on Brussels airlines. I arrive there at 6am Saturday.

I arrived at 6am to Brussels this morning.  Premaa from Mauritius lives here.  She was the girl, who suggested I stay with her family in Mauritius in March 2015, so I never met her until today.  I was thinking either to fly to New York today and then work tomorrow on Sunday from 8am-8pm or I could just stay here in Brussels until Monday morning at 9am and go get my Burundi visa.

​There is only 1 direct flight to Bujumbura on Sunday, so I will miss that.  So on Monday, I would have to take Ethiopian with two stops to get there by Tuesday afternoon.  I wanted to stay in Burundi until Friday or Saturday for 4-5 days.  That's the latest news.  Let me know if any mail comes. 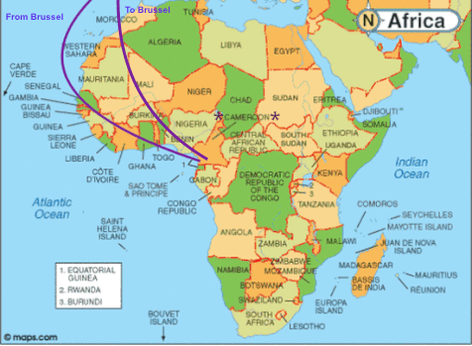 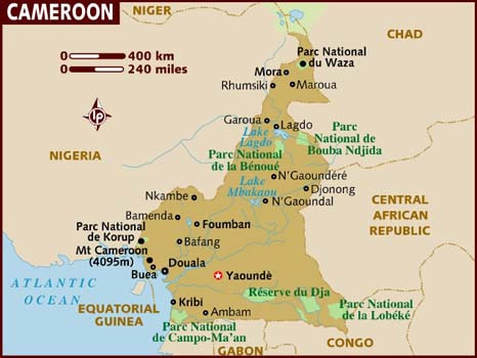 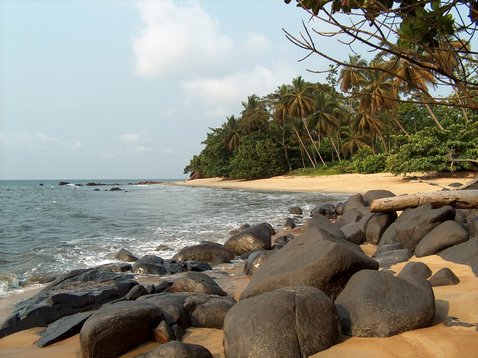 honor to inform that you get the approbation under attached
so that you can grant a visa at the embassy/consular office of Burundi.

After meeting with my Lebanese host and staying with him and his two friends the first night, I went to Limbé to meet with my pilot friend, whom I met in Juneau.

The Lebanese guys manage a clothing store here in Douala.

My pilot friend working in Limbé is a crop duster for the banana plantations here.  He is working here since October and will finish in February.  I stayed at his place in Limbé for my 2nd night and then he toured me around Limbé for 3 hours this morning then I took a taxi to Buea to meet with a couch surfer, who showed me around her town for two hours and showed me the university there, which costs $50/year.

The offer many degrees, including studying for becoming a veterinarian.  She told me the course takes 3 years and the cost of living is $100/month for transportation, housing, and food.  So for $150 for school for 3 years and $3600 for living expenses, I could become a veterinarian.

I then left to Douala and was going to stay with a Cameroonian family, but the traffic was so bad that I got there at 10pm and he was already sleeping.  While in the taxi, I got out my phone to message him as we got close and then someone reached into grab my phone, but my grip was stronger, so they didn't get it.

The taxi windows are always open and there is no window handle to close it.  I then only used my phone when I went into a gas station, so nobody would be around me when I called my host.

So I returned to the Lebanese guys and I arrived there since they returned back from a dinner at almost midnight. I'm going to sleep now.

Dec 7
​
Did I get any mail? I arrived in Douala at my Lebanese host.

My phone charges really slow.  It takes 4 hours to charge.
And it drains really fast. It doesn't even last all day.

I don't know what's wrong  I got to Yaoundé airport and saw Paul Biya,
the president of cameroon, in his hummer return from a meeting in Ivory coast.

The road was closed and I had to wait 30 mins beside the road in someone's yard until he passed by.
I'm now going to brussels on Brussels Airlines. I arrive there at 6am Saturday. 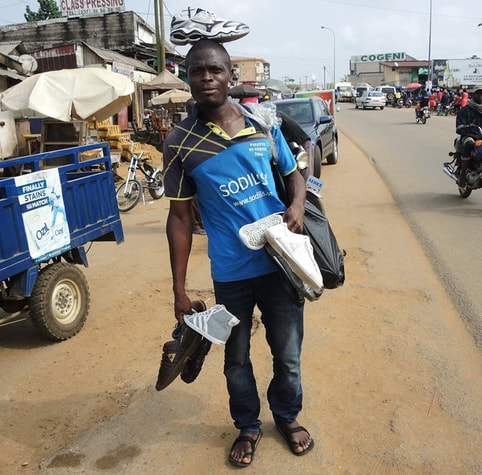 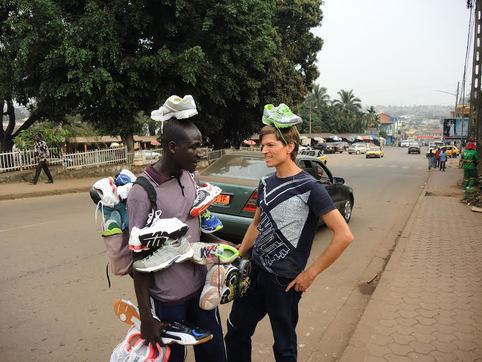 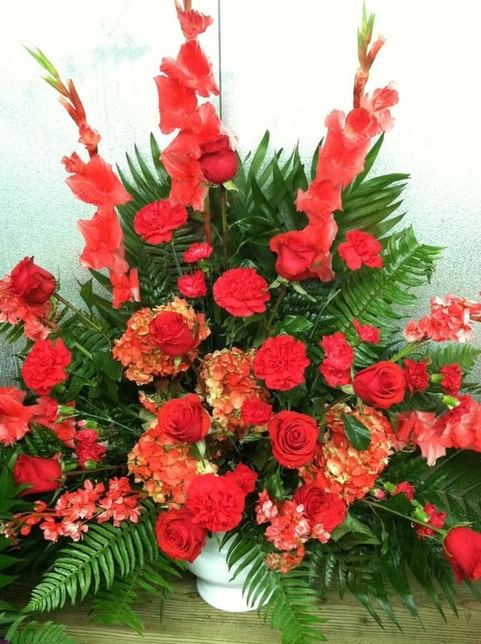 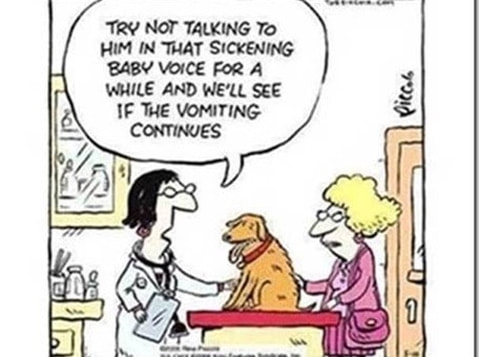 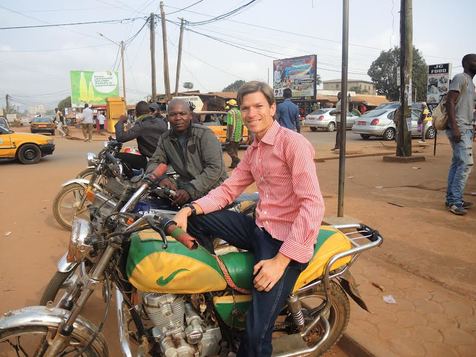 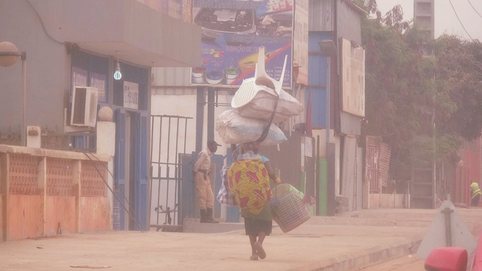 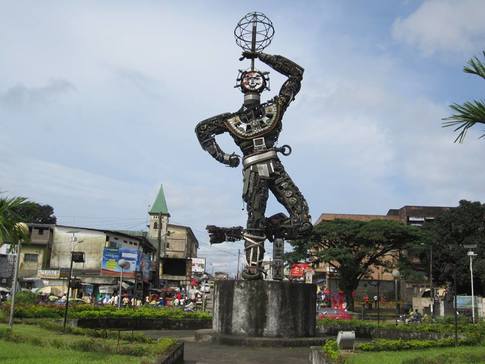 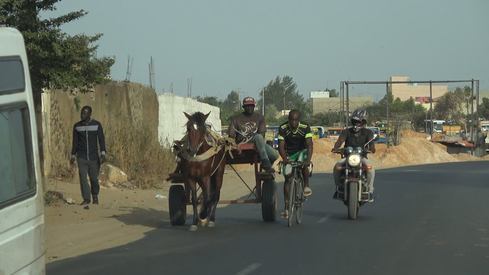 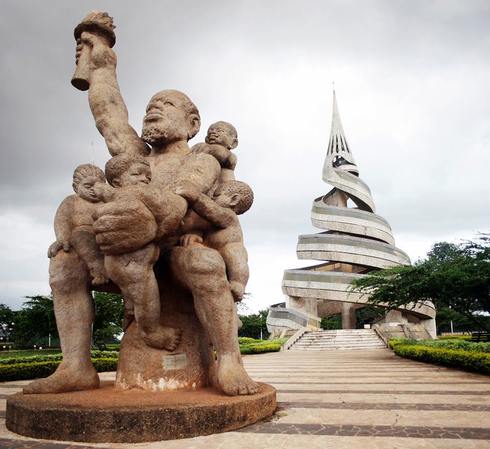 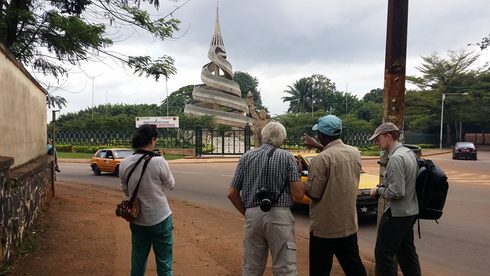