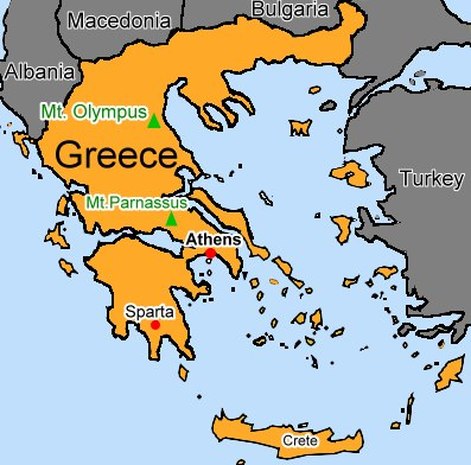 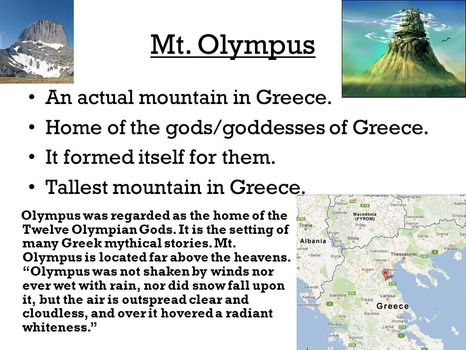 Forming a natural border between the region of Thessaly and Macedonia, Mt Olympus is the second largest mountain on the Balkan Peninsula with its highest peak, Mytikas, stretching into the clouds at almost 10,000 ft.

The setting, just over 100 kms from Thessaloniki, overlooking the Aegean, is spectacular and it’s easy to see why the 12 Olympian Greek gods decided to make Mt Olympus their home. 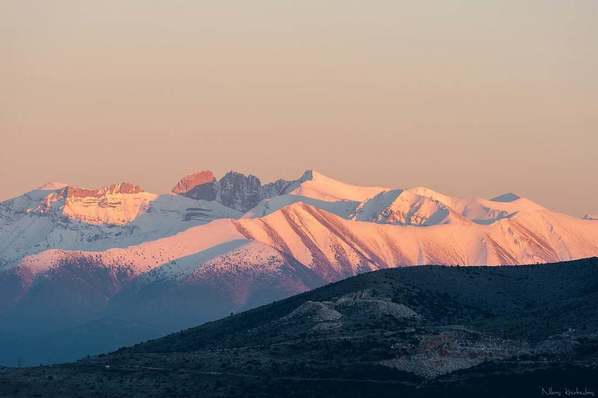 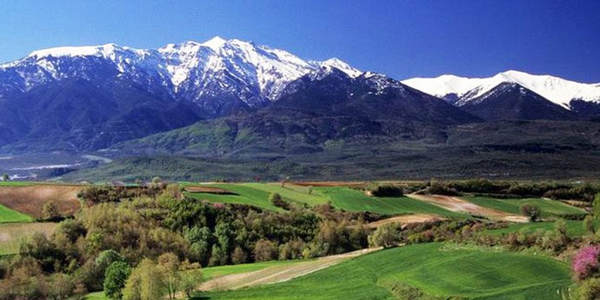 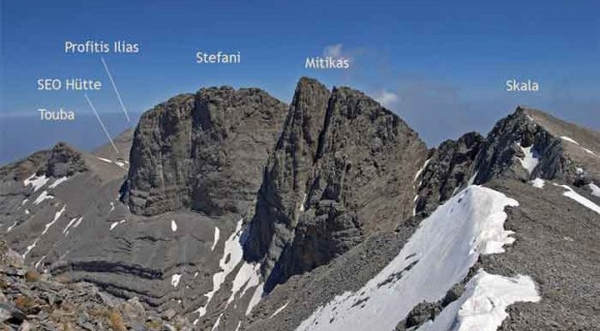 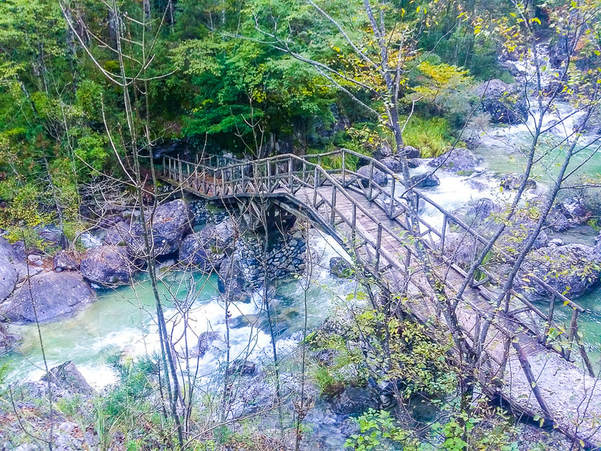 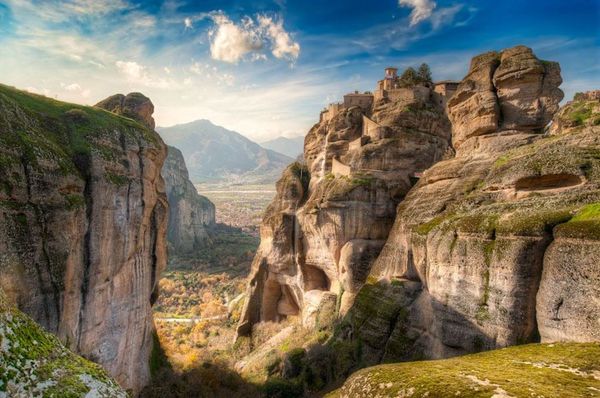 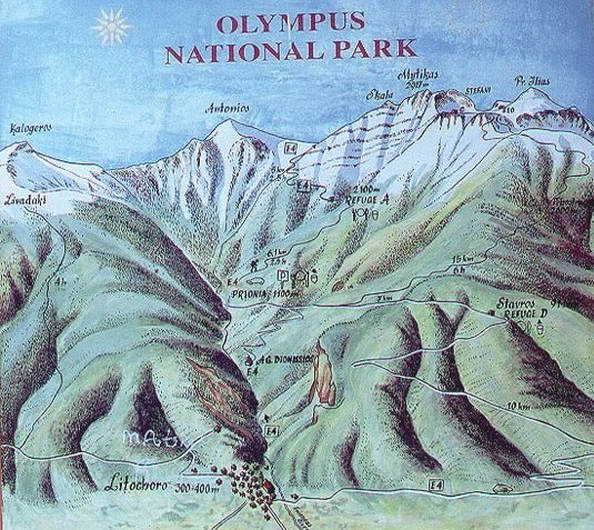 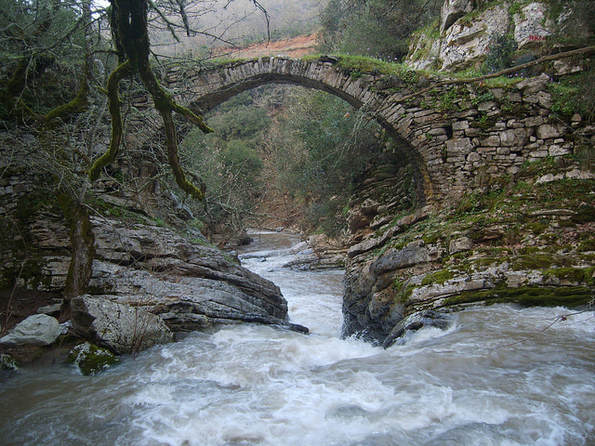 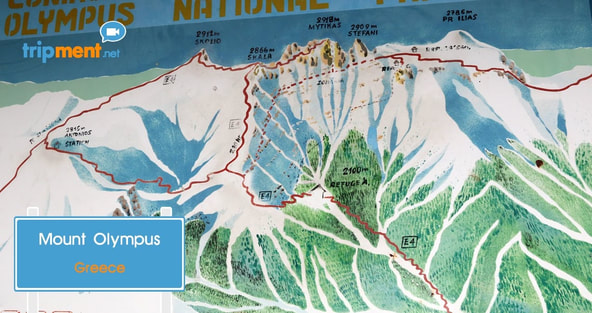 People on the Ikaria island live to be

​100 year and they drink goat milk and kefir daily. 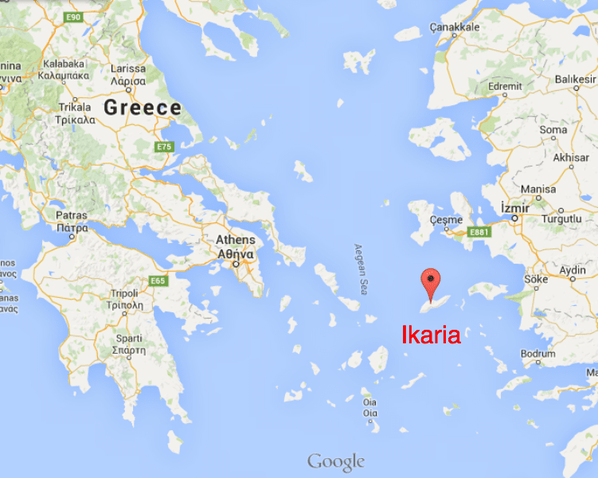 Here is an update for the last 10 days.  I was in Greece for 4 days and now in Turkey for 8 days until Sep.4th.  When I arrived in Thessaloniki, I first tried hitchhiking from the airport, but had no luck, so I took the bus and met Farrah when I arrived into town.  Petrina also met me, who was our host’s sister.  Our host was Ourania, who was able to host both Farrah and I for the week we were there.  Since Farrah arrived earlier than me, I had organized a host for her before I arrived.

Farrah organized to do volunteering for the refugees in Thessaloniki and buy them bulk food from a wholesale store and then portion out the food and cook it for them.  The first night, we organized a couch surfing meeting and three people showed up:  a girl from Spain, a girl from India, and a local Greek guy.  Farrah told them about her volunteer project and the Greek guy wanted to help with driving her around to buy the food.  Our host finished work at 10pm and met us afterwards.

We returned home and Farrah cooked for our hosts and prepared dinner.  Our hosts were young.  Ourania was 22 and Petrina was 18.  The next day, I just visited Thessaloniki and went to see the center, where the refugees stopped at, but it was a mosque and well kept.  Farrah would later go to an abandoned warehouse, where the refugees were housed on the floor and she told me it was very scary inside there.  I tried to organize others to join me on the hike and had 6 people interested, but only one joined.

Two British girls told me at the last minute that they couldn’t afford the €17 for the split car rental.  I met Iria, a girl was Spain, who was interested to join, but her two friends backed out.  Another Turkish guy was interested, but then cancelled.  I was going to rent a car, but then decided just to take a train there instead.  Our host, Ourania, talked with her parents and found out her uncle went on Saturday, but we hadn’t known.  Her dad offered to guide us up the mountain on Sundayand he would pick us up at the train station.

I stayed at Ourania’s place another night and then got up super early to take the bus and the train to reach Litochoro, where the father would pick us up at 6:30am. We had to get up by 4am.  It was an hour ride on the train and Iria was a bit tired.  She didn’t have a place to stay when she arrived to Thessaloniki, so Ourania invited her to apartment even though there wasn’t any available bed or couch.  Therefore, she slept when they put together two single-person couches together.

Mikales was her dad’s name and he picked us up and drove us to the start of the trail, where we started at 7:22am.  We went to the first refugee and took a half hour break then continued to the next lodge up the mountain.  There, we stopped for an hour.  We picked up helmets at the first refuge to use when we make the steep hike.  We walked around the Thrown of Zeus and then found the steep incline to reach the top.  The whole hike was really easy and all less than 9500 feet elevation.

I left my backpack near a rock and we started the difficult part of climbing to the top.  It was really steep, probably 70˚ incline and we had to use our hands to grip onto the rocks.  Iria didn’t complain on the whole hike and Mikales was our guide, taking us up.  We followed the blue dots, where it was the easiest way to climb up.  At the top was a nice view and a guest book to sign.  It is the highest place in Greece.  We stayed up there a half hour then started our return back, being very careful.

We took another route going back and dropped off our helmets at the first refuge, where we also took a half hour break.  The whole hike took us 12.5 hours because we returned by 8pm.  It was a good hike and Mikales dropped us off at the train station to return back.  We got back and took the bus then walked back home.  Farrah and Ourania were waiting for us and had prepared dinner for our midnight arrival back.  I was really tired and we went to sleep late, but we had to wake up early the next day to catch a 9am city bus to the bus station.

Farrah wanted to sleep until noontime, but I told her we needed to catch this 10:30am bus to Orestiada, where we would hitchhike to Turkey from there.  She got up at 8am and then I packed up quickly.  Farrah was deprived of sleep because we had been going to sleep after midnight every night and getting up around 8am.  Our city bus got us to the bus station just in time and then I had to ask to cut in line to buy our tickets because otherwise we would miss the bus’s departure.

We got on the bus just 30 seconds before it closed its door to leave.  It was a long 4-hour to Alexandroupoli and then 2 hours to Orestiada.  It was the closest we could get.  Farrah doesn’t do well with hot weather.  We had to wait 3 hours for another bus, so I suggested we hitchhike.  Luckily, a guy picked us up and offered to take us for coffee before dropping us off at the border.  He was a nice farmer.

We crossed the border into Turkey and then got another hitchhiking ride into Edirne.  It only took two cars before someone stopped and he even called Zafer and organized to drop us off at the mall, where we would meet him.  My friend, Tülay, who is getting married, was still on her way from Istanbul with her younger sister.

Therefore, Zafer met us and took us home.  We stopped to buy a melon and watermelon to give them upon arrival.  We waited until evening when Tülay and Gamze arrived and I met the groom, Hasan.  We had all day the next day to prepare.  We went around town to pick out the wedding cake, go to the wedding venue to check on it, and also check on the hotel, where some of the guests would be staying.  It was a busy day and it also rained.

On the actual wedding day, we went to get our haircuts.  Farrah stayed home to be on her phone.  After returning from the barbershop, we got ready to dress up and go get a photo shoot at 7 places around town.  Farrah didn’t want to join either because she thought they would wonder who is that stranger in their photo.  It was 3pm, but she wasn’t ready yet.

The photographer and his helper took us to 7 places over 3 hours and got really nice photos, even with the mosque and old ruins plus at the park and at old antique houses.  I got photos and video too, so I can make a nice video for them later when I get home.  We got back home to have dinner and were met by the drummer and flute player, who welcomed us home with music.  We had an hour until we had to leave for the wedding venue at 7pm.  It would start at 8pm and last until midnight with all the dancing.

Farrah was ready by then and joined us.  About 300-400 people came to the wedding and they had a live singer playing music and a professional video crew with equipment to roll the camera over the crowd.  At the wedding, I met a Turkish Airlines flight attendant, who has worked there 9 years.  His wife’s parents own this wedding venue.  We talked to him for a half hour.  At midnight, the wedding finished and we all left home.

The next morning, Hasan (the groom) drove back to his hometown of Kirikkale, which is 10 hours away.  Farrah changed her mind about going to Ankara and would just go to Istanbul instead to meet with a friend.  But, she told me she can’t travel alone.  We were going to join Hasan, but then Serdar sent a message to tell us he was returning to Istanbul to go to work at night for the airlines and fly to Almaty.  We decided to join him instead.  He drove over to pick us up.

We packed up quickly and were ready.  He drove us to Istanbul and we stopped at a restaurant to eat before going to his home.  We were at his home for an hour as he offered us tea or coffee.  He was leaving tonight, so he couldn’t host us, so I found a host across town last minute.  Serdar dropped us off at the airport, so we could take the metro to Üzküdar on the Asian side of Istanbul.  We took the metro and crossed underneath the Bosphorus waterway.  We met with Müberra, who could host us for one night.

She was a nice girl. She was expecting a Polish girl the next day to host her, but then the Polish girl would miss her flight and we could stay there 2 nights.  Müberra’s place was really small with only one bed, so she shared the bed with Farrah and I slept on the floor, making a bed with blankets.  The next day, we didn’t go out until 2pm and then visited a few local places.  Farrah got weak, so we went to a café to have soup, but it wasn’t enough for her.

We met with one of her YouTube fans and then toured around the local area as the 4 of us (with our host).  We went to the supermarket to get more food then went home.  Müberra offered to make us lentil soup at home.  Again, we went to sleep around 3am.  That’s probably why Farrah was always so tired because we went to sleep so late.  She couldn’t decide what to do until mid September in turkey.  Her friend from Spain arrived the day before and wanted to join him to Fethiye, a tourist town in southwest Turkey.  I needed to leave the next day to meet up with the Turkish family and travel with them to Kirikkale.

They told me to meet them along the highway, so I went to Viaport, a shopping center nearby the Asian airport and along the highway.  They picked up me there the next day and we drove directly to Kirikkale.

Jayson Sep 4. 2017
​
Instead of flying from Ankara to Istanbul,  I got ride with Tulay and Hasan to Konya airport. It was on their way to honeymoon in antalya. But Flight was full from Konya to Istanbul. Now I am delayed by a day. I flew to other airport in Istanbul and I can't get to main airport in time. I'll go tomorrow. But I can still make it to samarkand in time for wedding in Thursday. A couch surfer invited me to his wedding there in Uzbekistan.
​